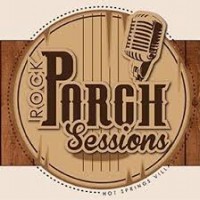 While keeping one foot planted firmly in the roots of American music, singer/songwriter Brian Martin is forging a distinct path into its future as well. Interweaving old-time country blues and mountain folk music with southern soul, funk and gospel, Martin seamlessly creates a style that he simply refers to as “front porch soul.” His burly voice and down home witty tales result in music that is both alluring and enduring for generations young and old.

Hailing from southern Arkansas, Martin begin the journey of a full time performing musician in 2004. He spent years crafting new songs and developing his sound through constant touring around Arkansas, Louisiana, and Texas, while building a devoted fan base along the way. He released his solo debut album “No Rider” in 2011. Offering many of his fan favorite songs, “No Rider” highlights Martin’s gritty soulful voice and intricate acoustic guitar finger picking, resulting in a theme collection of intimate, and at times, haunting folk songs.

Come on out to Grove Park for this free concert presented by HSV POA Parks and Recreation Department and Village Concerts Association.

Whether it’s a VIP 3-Day Discovery Package or a quick day trip, check out Hot Springs Village the way you want! Click below to get started!

From the scenic surroundings to the cost of living to the world-class golf and pickleball, there are a LOT of reasons to love Hot Springs Village!